The downsides of streaming music 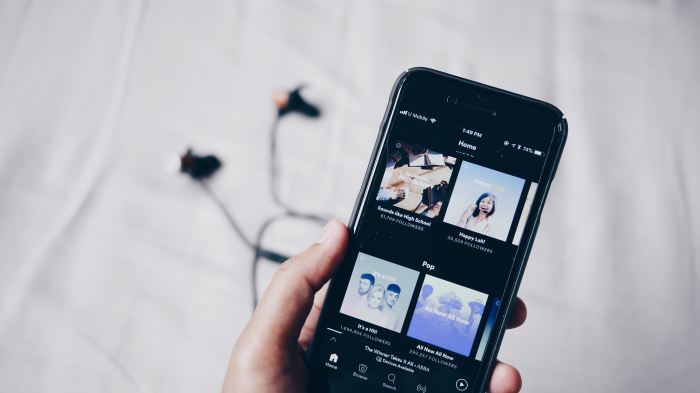 With subscriptions to on-demand music streaming services like Spotify and Apple Music quickly outpacing record sales, it’s hard to imagine a time when we didn’t have access to millions of songs at our fingertips. Gone are the days of owning physical copies of our favorite albums or even devices with the capability to play them.

While there has been an enduring obsession with things like vinyl and plenty of people still go see live shows, on-demand streaming is quickly overpowering most other methods of listening to music, including CDs and radio. Streaming is a good way to listen to music, and arguably a more environmental alternative to owning dozens of plastic discs, but it’s far from a perfect choice.

For one, certain music is simply not available on all (or any) streaming platforms. From exclusive streaming deals (I’m looking at you, Beyoncé) to the fact that not every band has a thriving online presence, you could be missing out on some really good music because you’re not looking in the right place(s). And while we can’t be everywhere at once and will inevitably miss a few things, limiting our search for music to one platform or app is going to make us miss even more.

I still have a few CDs laying around from indie bands that have since split up, but since the stereo in my car is broken and my laptop doesn’t have a disc drive, I struggle to find ways to listen to them. The only device I still own that can play CDs is my PS4, but a couple of the discs have handmade labels that won’t play in there. (I also have a couple vinyls that I currently have no way to play, but that’s another story). I don’t want to get rid of them, though, because I know I might never be able to listen to their contents again if I do.

Spotify and other streaming services are also pretty secretive about the algorithms they use to put music into people’s ears. Since sponsored content and native advertisements are super common these days, it wouldn’t surprise me if some portion of the music recommended to me on Spotify was promoted by record labels or other advertisers. While there’s no real way to know that for sure, it is a possibility and something that doesn’t exist in the same way in any other music medium.

And like any other digital marketplace, when you stream music, you’re at the whims of the company hosting the platform, because you’re paying them for a license to a product, not the actual product itself. This means Apple Music can delete or edit songs whenever they want  and there’s nothing you can do about it (it’s all in that pesky user agreement no one ever reads). Not to mention you lose a lot of app functionality (or even the ability to listen to music at all depending on your provider) if you suddenly can’t afford your paid membership anymore. That doesn’t happen when you own a CD.

It’s also difficult to support local and independent artists through these apps, because you’ve added another step between the musicians and the consumer. It’s much better to give your money to smaller bands directly than relying on a third party like Spotify to pay them, since many of these companies are notorious for not paying their creators well.

This doesn’t even take into account that it’s nearly impossible (at least to my knowledge) to find local music through these services. While I can find some user-generated playlists including artists from Portland, Oregon (where I live), there’s nothing in the Spotify app that allows metrics like this to be easily searched for. You’re much more likely to stumble upon a larger band from another city than you are to find music created in your own hometown.

Listening to the radio used to be a great way to discover new bands local to your area, because the reach of a radio station is pretty limited, which allows it be hyperlocal, but less people are listening to the radio these days too. While you can listen to a lot of stations online, most people would rather opt to listen to ad-supported on-demand services like Spotify or Pandora than to listen to the radio (which also relies on ads), even though a lot of these stations (at least those still on the air) have a lot to offer.

(BTW, if you’re interested in music from the Pacific Northwest, 94/7 Too only streams online these days and plays a lot of alternative music from the area. It’s not on-demand like Spotify, though, so that means no skipping songs you don’t like).

And I’m not trying to convince you to stop using music streamings sites. I use Spotify almost daily, and would be a serious hypocrite if I did. There is a lot to like about being able to listen to such a wide range of music from the comfort of your favorite device, but there’s also a lot of the music listening experience that’s left out. Finding and supporting local and independent artists is better done in a different app (or in-person), not on the big name streaming services most of us have downloaded on our phones.

So, if you really care about the music you listen to, streaming shouldn’t replace the other ways we listen to music, but complement it.