You’re allowed to like things, even stuff made for kids 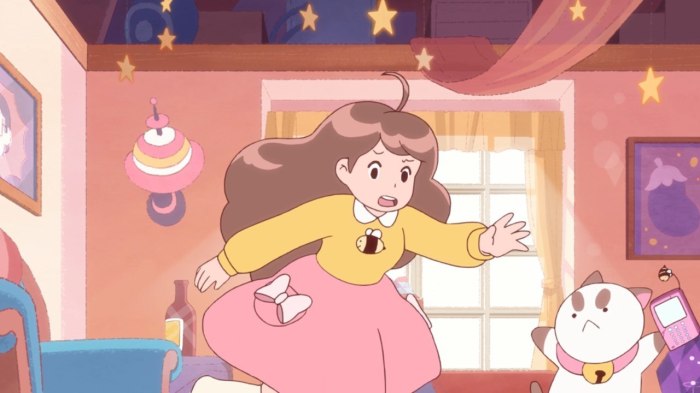 I’ve always found it strange how opposed most adults are to the idea of liking something that was originally created for children (at least openly). It’s something you’re supposed to feel embarrassed or ashamed about if you do, but just because a piece of entertainment is appropriate for a younger audience doesn’t mean an adult can’t enjoy it as well.

Remember just a few years ago when everyone got really into adult coloring books? While it was cool to see more intricate offerings hit the market and have more people realize the stress relieving benefits of art, the ability to color in pictures of flowers and animals still existed before it was a craze. Coloring books were just previously marketed to children.

And that’s true of a lot of things, like Legos, stuffed animals, graphic novels, and board games. While there have always been some adults who’ve enjoyed these things and the culture surrounding them continues to change, for a long time there was this assumption that if something wasn’t, you know, a wall of text or filled with sex and gore then it wasn’t worth our time. But just because something is made for an adult audience doesn’t automatically make it better or more mature than something that was made with kids in mind.

In fact, most “adult” cartoons are arguably less mature than those they attempt to distance themselves from. In a video review of the animated web series Bee and Puppycat, YouTube user Henry Kathman emphasizes that cynicism, which is abundant in adult animation (think South Park or Family Guy) does not necessarily equal maturity. While it can be deeply cathartic and relatable to a burnt out adult, the drug use, violence, and explicit language often found in adult animation is, in most cases, far from nuanced.

While there are a few exceptions to this rule (Bojack Horseman stands out in my mind), adult animation is often focused more on shock value and cheap laughs than anything else. Shows like Bee and Puppycat focus on more universal ideas like understanding your place in the world, which just happens to be kid-appropriate.

But more nuanced animated films and TV shows for adults haven’t been able to garner nearly the same success as their family-friendly counterparts, which I think goes a long way to understanding why we’ve been seeing so many live-action remakes of previously animated properties like Cowboy Bebop (there’s also the fact that animators are unionized and visual effects artists aren’t, but that’s a whole ‘nother story).

Most adults in the US aren’t willing or interested in watching animation alone because it seems childish, despite devouring many fantastical live-action films (like Marvel superhero movies). This might suggest that adult animation isn’t all it’s been cracked up to be, or that we haven’t found that sweet spot between relatable themes with more mature content to make it highly marketable just yet. But I’d wager there’s more to it than that.

There’s also this prevailing idea in American culture that children and adults are somehow separate beings, despite the fact that one grows into the other, and that once you’ve become an adult it’s important to cast aside the things that defined your childhood so you won’t be mistaken for one again. But if adult animation or adult fiction isn’t giving you what you need or crave from your entertainment, what other choices do you have but the stuff originally made for kids or families? It’s not reasonable or healthy to suggest we simply stop interacting with art and media once we’ve gotten older. So why should liking kid’s media be deemed shameful?

If you’ve watched any old Disney movies recently, you’d realize there’s still a lot to enjoy about them. How many people have rewatched a PG-rated movie as an adult only to discover a wildly suggestive joke that completely went over our heads as a kid? I think we all have. And the same goes for more mature concepts that can be found in kid’s media, like working or raising a family. Cartoons and toys are not only worthwhile to younger audiences, multiple generations can find something relatable and enjoyable in them.

But marketing can be a hell of a force to withstand. When you only see ads for a given product in spaces created for children or the only people you see interacting with something are younger than you, it can start to feel like it’s not for you.

Which deeply limits the things we’re “allowed” to enjoy as adults. And if you do interact with a piece of media that society has deemed childish, it will riddle you with guilt or mark you as a pariah (no, adults who watch cartoons are not perverts). Being an adult shouldn’t be any harder than it needs to be. As long as you aren’t hurting anyone else, you should be able to live and enjoy your life however you choose. After all, adulthood is how you’re going to spend most of your life. We shouldn’t have to feel like “our best days are behind us.”

That also doesn’t address the fact that marking children’s hobbies as lesser doesn’t do anything other than create angry teenagers and depressed adults. While kids do depend on adults to provide a lot of things for them in their young lives, they are still people capable of cognizant thoughts and forming their own opinions. Telling them the things they like are not worthwhile or something to be grown out of only makes them want to become adults faster or not at all.

Media and entertainment can also be a great way to bridge gaps between generations and encourage understanding. Interacting with some of the same things as the children in our lives allows us to gain a wider understanding of what life is like for other people, as well as makes us better able to connect with them in other ways, which benefits everyone. There’s also the fact that media created for kids can explore much wider and more universal themes than most adult media, but that’s just icing on top of the cake, really.

Rather than limiting the things we can enjoy or making someone feel judged for the things that bring them joy, we should feel happy that we now have the autonomy to decide which media and pastimes we interact with, and all the learned knowledge that comes with that. We should be able to do and watch the things that make us happy without feeling like we’re immature (which, by the way, truly immature people usually don’t have the necessary self-awareness to realize that).

So yes, you’re allowed to like whatever you want (as you should), even stuff made for children. There are enough problems in the world as is, this shouldn’t be one of them.

Did you enjoy this piece? Click here to tip the author.